There are a few slot machines in the world that become legendary. The majority of casino gamblers have certainly heard about Major Millions, Mega Moolah provided by Microgaming, Mega Fortune and Gonzo’s Quest by NetEnt. There is another famous NetEnt slot that is pleasant to play and thrilling to win. Starburst is an online video slot that was launched in 2012 by the top gaming software developer NetEnt.

The game was an immediate success and it is still one of the most popular casino games in the net. The reasons to this phenomenon are, perhaps, the simplicity of the game, exciting graphics, an expanding wild and a reasonable return to player percentage. The game is based on classic slot symbols and gems.

Symbols Of the Starburst in Details

The game has 5 reels and 10 paylines full of joy and thrill.

Everything here is straightforward. The number of lines is quite small. There are not too many symbols either. You can find yellow, green, orange, blue, violet gems, bars and sevens on the reels.  Collect these gems and make the stars burst!

You can’t see a scatter in Starburst slot. There is nothing extraordinary in this, most of NetEnt slot machines doesn’t have a scatter symbol.

The greatest symbol is a Star that substitutes all the symbols in this awesome game. You can catch a star on reels 2, 3, and 4 only. It doesn’t give payouts, but it is a key to some exciting features.

Bonus Features of the Starburst Slot

The game has the only one bonus feature, re-spins. Once a star stops on the reels, it expands over the reel or reels where it is and begins a re-spin. The reel with a star is held, and other reels are re-spun. If a star stops again on one of the reels, one more re-spin starts. The maximum number of re-spins is three.

If you prefer playing games that are rich in bonus rounds, you may try Gold Factory, a Microgaming pokie machine. This slot has four bonus features including free spins. More than that it offers a 97% RTP that is quite high.

Is it possible to play Starburst for free

Yes, you can enjoy this amazing game on our site free of charge. Many casino websites also offer demo versions, but they will ask you to register before launching the game. On our site, you may play Starburst without registration and download.

Features Of The Starburst

Besides the re-spin feature, there is one more exciting option. Not only do the paylines pay from the leftmost reel, but you will also get money if the same symbols align from the rightmost reel. You can also set the number of auto spins that varies from 10 to 1000, and options to stop autoplay.

Is it possible to play Starburst on an Android phone

Starburst Touch is mobile-friendly. You can enjoy this slot on many mobile platforms including Android. The quality of a mobile version is superb.

There is nothing difficult in downloading the Starburst apk. files. To do this, you may enter Google Pay. But this version is a bit different from a classic one. Then,

Tips For New Players Who Want to Spin Reels Of Starburst

The game is similar in functionality to other pokies for real money, so the player will be able to use the experience in other slots.

Can I really win on this pokie machine?

Can I change the number of lines?

Can I get a Starburst slot no deposit bonus?

Yes, some casinos offer no deposit bonuses that can be played through pokie machines, Starburst is one of them. 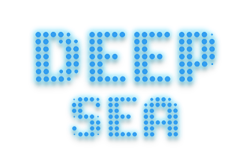